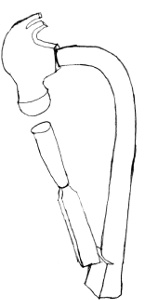 I was recently thinking about my friend Jeremy's On struggling, about whether difficult things are actually better than easy things. Of course, it's important to challenge yourself sometimes, but should it always be a struggle?

One of my fondest experiences at university was when I did the catering for a student theatre show during their production week. I'd done various things in and around student theatre, up to and including directing a show myself, but I don't think there was any experience quite as good as organising the food. The other things I did were pushing myself, expanding my limits by trying something I wasn't sure I could do. This was the opposite. It was so firmly within my capabilities that I had no doubt I could do it well. And I did a great job at it. It was easy.

I think there is something unique and amazing about that feeling, the exercise of competence. The virtuous struggle is one thing, but when you do something that you are truly good at, it just feels right. Like a screwdriver is to a screw, a hammer is to a nail, you are to your task. You were made for this. It is beautiful to exercise yourself in this way, and it only comes by not challenging yourself.

I'm reminded of a section from Venkatesh Rao's The Calculus of Grit called Hard Equals Wrong: "if you find that what you are doing is ridiculously hard for you, it is the wrong thing for you to be doing". Maybe this feeling of ease, far from being an indication that you're not trying hard enough, is an indication that you are doing the right thing. It's hard to use a wrench as a hammer, but that doesn't make it virtuous, it just makes it wrong.

And yet we're not hammers, wrenches or screwdrivers. We have the gift and curse of being a tool that can do anything; the marble and the sculptor. I still remember being a teenager and struggling – really struggling – to understand structs in C. Today I don't remember why it was difficult, can't even imagine why it was difficult, I just have the memory of suddenly realising how much I didn't understand. I wondered if I would ever understand, or if perhaps I had reached the limits of my intelligence. It was hard.

So I can't help but wonder, what if I had found it too hard and stopped? The only reason programming is easy for me today is because it was hard back then. I didn't always struggle, by any means, but there were more than enough times where I felt like my brain was too small to fit what I was trying to learn. Each time I encounter something where I don't have an existing comfortable base of knowledge, from structs to EEG signal processing, a part of that same feeling comes back again. It's a struggle, but the struggle is what allows me to stop struggling.

Which means that easy and hard are both necessary. Or, more accurately, to exercise your skill you need both skill and exercise. The skill comes from the hard but necessary process of refining yourself. The exercise is taking all that potential energy and letting it out, which feels natural and easy. Avoiding difficulty is counterproductive, but so is seeking it out for its own sake. Worse still is falling into the trap of assuming that the hard part counts for something on its own.

The hard part exists so that you can become the kind of person who does hard things easily. And that only matters if you do the easy things.