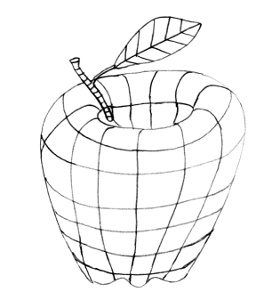 It's easy sometimes to end up lost in abstract ideas. Maybe time and free will are illusions, and what we're experiencing is just the inside of some monstrous simultaneous equation the size of a universe. Or maybe we're a simulation created by some advanced intelligence in a lab experiment, and they don't want to turn us off because it would be rude. Or maybe it's pure physics, and all the rules and labels we put on the world are arbitrary because everything's just particles wobbling at other particles. Interesting to think about! But... would the answer change anything?

In programming, it doesn't take much thrust to reach abstraction escape velocity. What if instead of representing a blog post as simple text, I represented it as a structured series of ideas with the words attached at the end? And then I could also represent the relationships between ideas, like one following on from another, generalising another, or being part of some larger collection. Everything could be made up of a mesh of ideas and relationships, which is way more interesting than just text. But is it more useful?

I've also found business people to sometimes get infected with a kind of blind fervor for some ideologically appealing concept without having any real idea of how it will actually work. We're going to remake publishing so it's social! Our interface needs to be super-intuitive, but also pop! It's kind of a greeting-card-generator-meets-Facebook-meets-Uber-but-with-cryptocurrency. Also agile! These are all definitely words, but how would you turn them into actions?

The problem with any of these lofty ideas is that, eventually, the rubber has to hit the road. You can have the greatest conceptual framework the world has ever known, but at the end of the day someone will have to sit down and press some keys on a keyboard. When they do that, which keys will they press? If your framework helps answer that question, fantastic! If not, even if it is a very interesting framework, you may have to concede that it's not actually contributing anything.

You're holding an apple, and as you bite into it you suddenly realise that you and the apple are really just parts of the same universe. The carbon in your body mixes with the carbon in its body, and who's to say those bodies were ever really separate in the first place? Your brain is you, your arm is you, the apple may as well be you too. And the ground, and the sky, and everything. We're all just debris from the same cosmic explosion, slowly making our way to the same final silence. Wow, what a moment.

But does the apple taste any different?