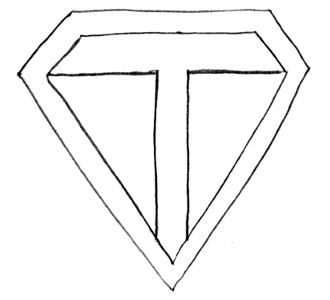 I've been thinking recently about the moral foundation of telling the truth. Most people agree it's a good and moral thing to do to tell the truth, though they might disagree about where exactly that fits in the moral calculus compared to things like being nice or satisfying your own interests. Certainly, in the absence of other considerations, it's generally accepted as good to tell the truth rather than lie. But why is it good?

For many people, I think the foundation is based on character: a liar is a bad person, and you don't want to be a bad person. This frames things in a particularly negative way, where truth isn't so much a virtue as a lack of vice. That leads to strange situations, like avoiding someone who might ask you something you'd have to lie about, carefully phrasing things so that you are not lying but omitting information, or saying something ambiguous that leads to a mistaken understanding but is still not technically a lie.

Beyond these gotchas, I also feel like this basis for truth is very incomplete. For example, it says nothing about whether you should try to make sure the truths you express are understood by the person receiving them, whether you should correct mistakes or misunderstandings when you see them, or whether you should make an effort to express the truth without being prompted to. I think these are important questions, and a notion of truth that doesn't address them is half-baked.

So I've been working on an alternate foundation based on the idea of representing truth. The idea is that there is some abstract ultimate truth, the collection of all the things that are true in the universe. We each hold in our heads some approximation of that ideal, and the closer that is to the real truth the better. If you believe this, it makes sense to try to increase the amount of truth in the world any way you can. It doesn't matter that much whether you do it by lying less or telling the truth more.

Of course, that's not to say that truth is the only thing that matters. You may still decide that it makes sense in a particular situation to accept untruth because it would sabotage your other goals, because it would be a bad use of resources, or would just be annoying and counterproductive to make too big a deal about it. But the point is to get away from the idea that the only consideration is your personal honesty and move towards a notion that can encompass moral decisions about truth generally.

The moral intuition, then, isn't "I don't want to be a liar", it's "I want to represent the truth". That means not deceiving people, but also means not giving the wrong impression or an incomplete understanding. It means not avoiding situations where you would need to tell an uncomfortable truth; in fact, it means embracing those situations as opportunities. Speaking up, correcting misunderstandings, and arguing for what you consider to be true matter just as much as simply being honest.

And, lastly, there doesn't need to be untruth for truth to be valuable. Even if there's no other reason, it's important to express things you think to be true just to express them – to represent the truth in whatever way you can.